Recycling champions: Dao An and Thich Quang Bo from Canberra's Sakyamuni Buddhist Centre with bags of containers collected by their supporters.

This is sponsored content for ACT Container Deposit Scheme

Every Thursday morning, anyone in the vicinity of Mitchell might have caught sight of a Buddhist nun unloading some large bags to one of the Return-It drop off points for the ACT's Container Deposit Scheme (CDS).

One of six residential nuns at Canberra's Sakyamuni Buddhist Centre monastery, Dao An is a driving force behind her community's support for the recycling scheme that's having a big impact. Inside those bags are some of the hundreds of containers collected by the centre's many supporters, from individuals to local businesses.

The Buddhist Centre is just one of an ever-expanding number of community groups, charities and clubs using the scheme to both benefit the environment while also raising some much-needed funds.

Since the scheme's launch in June 2018, more than 72 million containers have been returned at the network of collection points, generating more than $7.2 million in refunds to charities and individuals, while also reducing litter and the amount of waste going to landfill.

The Buddhist Centre at Lyneham got involved around 18 months ago and now earns up to $800 a month to help support its work.

"We don't know if we could get to $1000, that's a lot of containers but we'll see," laughs the founder of the centre, Buddhist monk Thich Quang Bo.

"We have to raise funds in many ways and this is a very good way because we also like the aspect that it's protecting the environment. By bringing these containers to be part of the recycle system we are helping to save a lot of resources for the future generations.

"The world population is very close now to eight billion and everyone is consuming more and more. What that means is the natural materials are running out and we need to help the earth by slowing down that process. This is very clear cut in our minds."

Danielle Smalley, CEO of Exchange for Change - the organisation coordinating the ACT CDS - said the dual rewards of the scheme was proving a strong motivator contributing to the success of the scheme in the ACT. 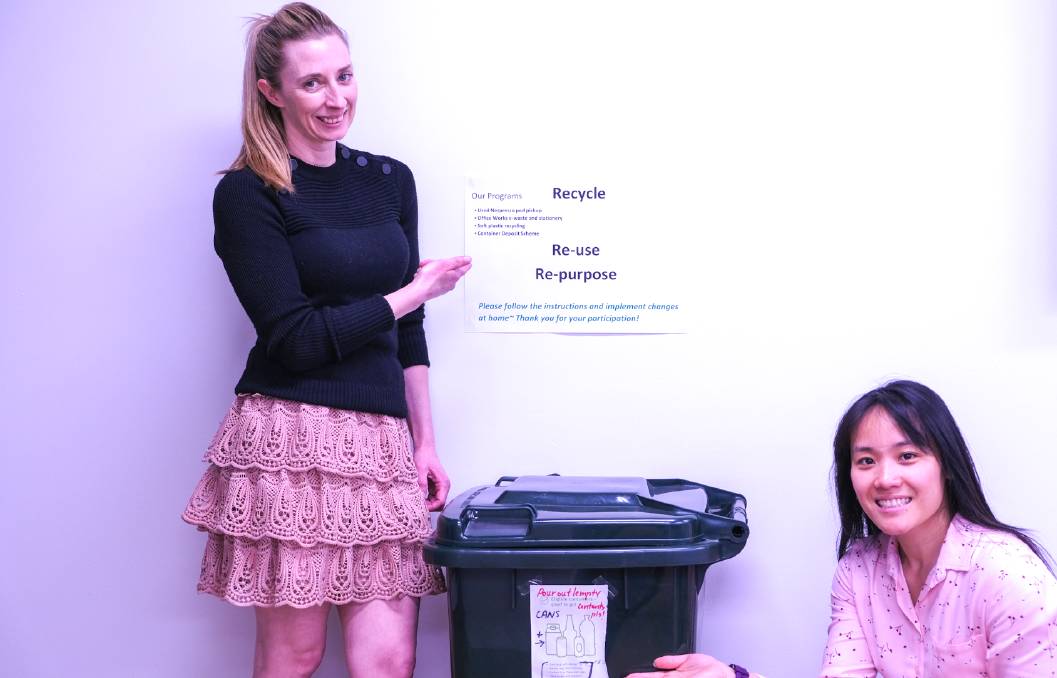 Green warriors: Jess Nguyen (right) and her colleague Roxanne Pickering from Effective People, one of the many Canberra workplaces to embrace the scheme.

More than 42 per cent of Canberrans say they have participated in the scheme with research showing concern for the environment is the number one driver, followed by the financial incentive.

"We're really thrilled to see how many charities, schools and sporting clubs in the ACT have embraced the scheme and are using it to to raise much-needed funds, as well as help reduce litter and create a stream of valuable recyclable material," Ms Smalley said.

Raising money for charities that are close to her workplace's heart is a welcome bonus for Jess Nguyen, a senior recruitment consultant at the Canberra office of Effective People, a recruitment company set up to help Australian veterans transition into civilian life.

The green warrior has long been championing activity to ensure her office in Deakin is operating as sustainably as possible, including embracing the CDS.

The CDS funds raised by Ms Nguyen and her colleagues will be donated to charities supporting veteran and mental health causes.

"It just makes sense as a business to get involved in this - people spend so much of their time at work consuming and producing waste so if we can recycle these containers and also give back to these charities to help the work they do then it's a double win," she said.

'We are owned and operated by veterans and our work is about helping veterans find work outside of the services, so these are charities close to our heart."

While COVID-19 put Ms Nguyen's office eco-crusade on hold for a few months after Effective People was forced to direct its staff to work from home, they are now back in the office and the collection bins are filling quickly. 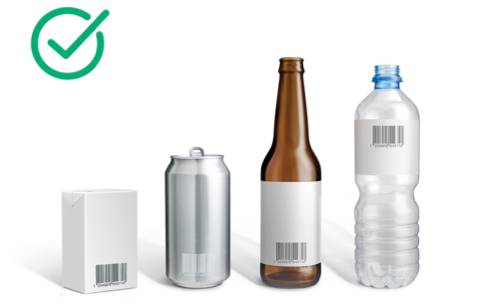 Cash for recyclables; The scheme is proving a handy source of funds for community groups.

"We started late last year but only got to make one deposit [before COVID-19 shut down the office] but we are predicting we'll get quite a bit of money for the next one and have a substantial amount to donate by the end of the year.

"It's a useful and very meaningful activity to have in the workplace, and it creates such a good vibe and feeling of positivity with us all working together for a cause. It should be something all workplaces are doing."

Want to get on board? Drink containers, such as aluminum cans, plastic and glass bottles are eligible for recycling through the ACT CDS with a 10-cent refund for each eligible drink container returned via your nearest return point. Find out more at the ACT CDS website.

This is sponsored content for ACT Container Deposit Scheme.