The spectacular structure that's claimed the mantle as Canberra's highest building is now complete and preparing for the imminent arrival of the residents who will call its apartments home.

The stunning High Society development, with its tallest tower soaring 113 metres into the sky above Belconnen, is the latest development from local property giant Geocon.

Comprising two 27-storey buildings - the other tower is 100 metres tall - the glittering glass-sided High Society is the jewel in the crown of Geocon's massive $1 billion Republic precinct that has helped spearhead the rejuvenation of the suburb.

"It's a real milestone for Geocon and a big achievement in a year like this," said Geocon's corporate affairs manager Elliot Woods.

"Being able to complete the tallest structure and the biggest development ever undertaken in Canberra and the biggest in the southern hemisphere in 2020 during a year that's been very challenging with bushfires, hailstorms and a pandemic is terrific." 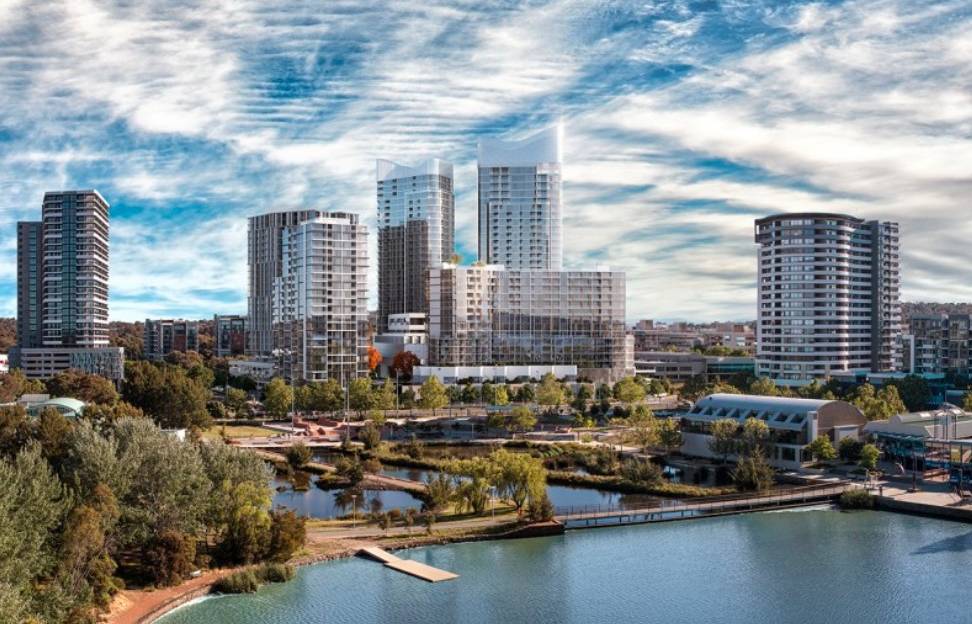 With the first residents due to move into their new apartments before Christmas, High Society is expected to be home to around 1500 people. Eventually the Republic precinct, across residential developments already completed and those still to come, will have around 5000 residents.

"That is a whole suburb on three blocks of land which is quite remarkable - it's a suburb in the sky," said Mr Woods.

As well as being architecturally beautiful and with remarkable views of Canberra's natural surrounds, High Society is delivering some very special amenities to its residents including its level 23 observation deck, a temperature-controlled wine cellar, infinity pool, a library, gym, private cinema, a huge barbecue area, a children's playroom, and a co-working space.

And along with some of the indoor attractions, High Society's appeal extends to its lifestyle rich location. It's right at the southern edge of Lake Ginninderra, and with both the University of Canberra to the east, and some of Canberra's best shopping at Westfield Belconnen just a short stroll away.

The urban renewal that has been taking place in Belconnen also means easy access just outside your door to some of the best places to eat, drink and play in Canberra.

"There has really been a transformation for Belconnen, and High Society and the Republic precinct development has led the charge for renewal for the area," Mr Woods said. 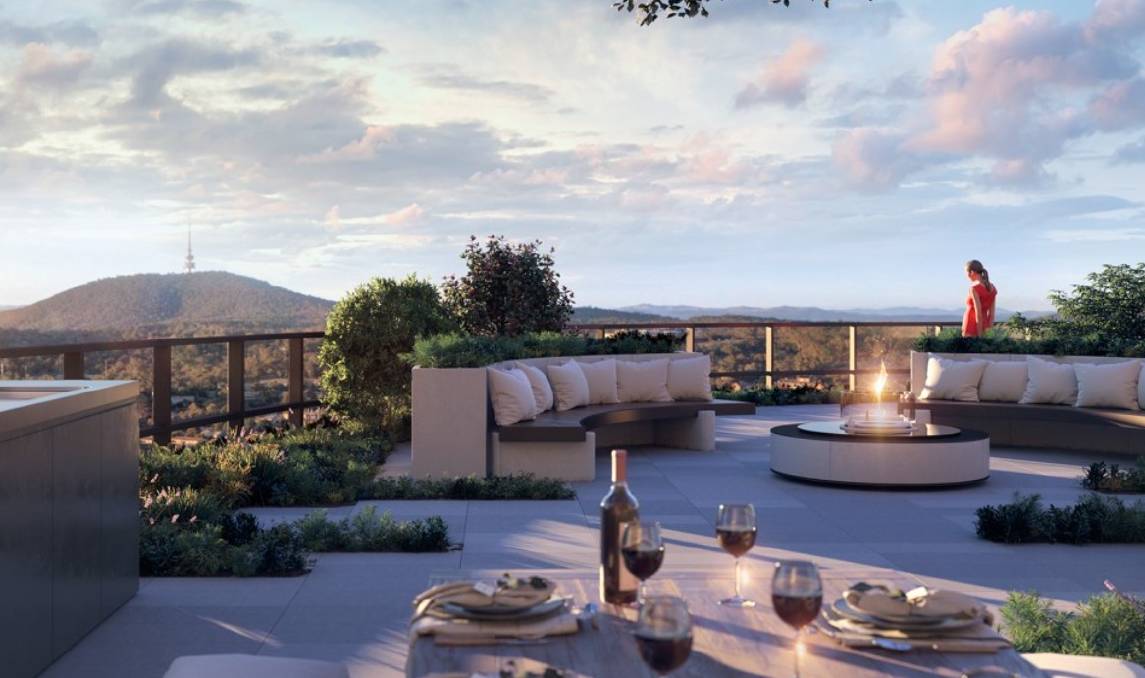 Eye in the sky: High Society's observation deck is a special spot with views to Canberra's south over Black Mountain. Picture: Supplied

"Belconnen was pretty tired and was somewhere where people went to work rather than somewhere you would come to live or have fun. But now it has some of the best restaurants and cafes in Canberra, there are gyms and people are using the lake and other recreational facilities much more than they have in the past.

"The University of Canberra has expanded massively over the last decade and ahead there's the Government support for the introduction of stage three of the light rail which is also exciting for people living in Belconnen."

Mr Woods said around 75 per cent of High Society's apartments were now sold and demand was expected to increase quickly because of the completion of the development.

"There are still opportunities but now that it's finished and people can come in and see the development and the apartments for themselves they are moving very quickly," he said.