Volunteers are emotional looking at the Namadgi National Park bushfire damage for the first time. Supplied

And 'getting their hands dirty' has been a cathartic experience for many.

"They've been able to make a real difference in Namadgi where so many people have felt helpless.

"It's been a really emotional experience for our people to get on the ground and get their hands dirty in their beloved park."

Southern ACT Catchment Group Executive Officer Martine Franco said the interest in working in the damaged areas of Namadgi has already been incredible.

"One thousand people expressed interest as soon as restoration events were advertised and since then we have had six events, almost all at full capacity," she said.

"We have been doing weed removal which some people might think this is strange, but one of the biggest risks after fire is weed infestation.

"We have covered 15.2 hectares since we started with more on the way."

Ms Preuss added: "This work has positive outcomes for volunteers.

"We are hearing it means a lot to them to help make a difference in their local environment, especially after a tough year of bushfires, hazardous smoke and the pandemic" she said.

"In the ACT more than 80 per cent of Namadgi National Park and numerous rural properties were burnt out during the Black Summer bushfires of 2019-2020," she said.

"This Landcare Led Bushfire Recovery Grants Program gives community and landcare groups the opportunity to contribute to much needed regeneration and restoration projects, building on the recovery efforts already underway in the area." 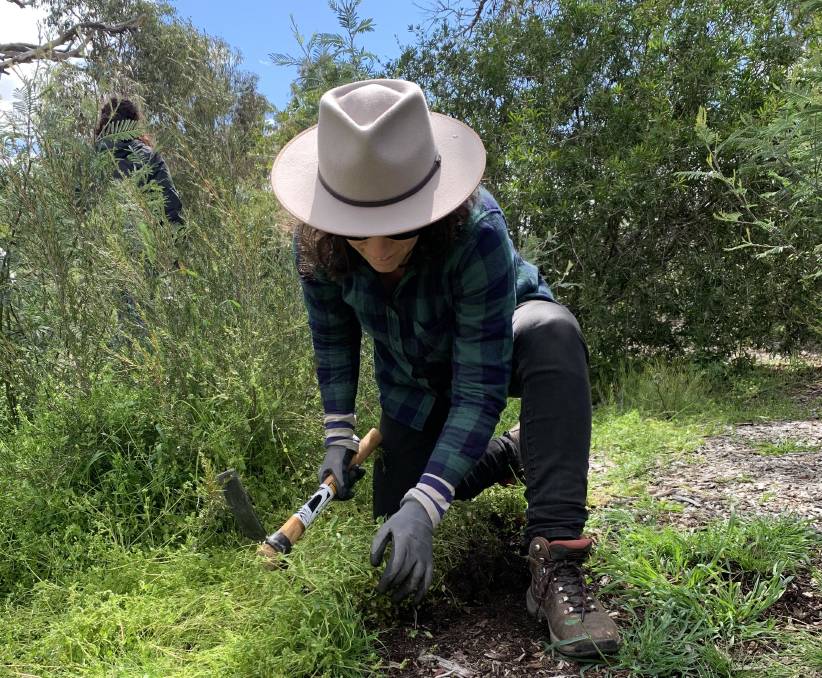 Volunteers have put their backs into the restoration of Namadgi National Park. pic supplied

Along with Landcare ACT, eligible groups in regions impacted by the Black Summer fires can land bushfire recovery grants up to $50,000 thanks to the new 2021 Landcare Led Bushfire Recovery Grants program funded by the Australian Government Department of Agriculture, Water and the Environment.

Dr Norrish said: "Commencing along the east coast from South East Queensland and the NSW north and south coasts, to Australia's alpine areas, East Gippsland and Kangaroo Island, the grants program will be co-delivered by all the Landcare organisations who will work together to support project applicants, coordinate a wide range of high-impact on-ground community and environmental projects over the next 12 months for community landcare.

"Most importantly, they will reinforce and drive the incredible efforts already undertaken by the work of dedicated and passionate volunteers."

The program has been supported by the Australian Government's Bushfire Recovery Program for Wildlife and their Habitat.

To apply and for further information visit www.landcareledbushfiregrants.org.au