When its loyal customers now bite into one of Three Mills Bakery's croissants, pies or tarts they won't just be tasting the usual high quality, locally-sourced ingredients that make them so delicious.

With a major installation of solar panels now proudly sitting on the much-loved Canberra business's roof they'll also be getting a dash of sunshine as well.

The building's 60 metre by 30 metre roof was able to host 222 solar panels, strategically positioned to capture the optimum amount of sunlight.

The system will supply around 20 per cent of the large volumes of electricity the eight-year-old artisan sourdough and pastry bakery operation uses at the site.

Three Mills is one of an ever-growing number of local businesses opting to take more control of their electricity supply by investing in solar to reap the rewards it offers.

Incorporating solar was a "no brainer" when the business owners took over the building that was to become its new purpose-built pastry production facility and cafe, said Three Mills's special projects lead, Marc Nieuwenhuys.

"It fits with the whole philosophy of the business, creating a great product that people love but with an awareness about sustainability and the environment, and our community," he said.

"It just made sense to have the most amount of solar possible to be more energy efficient, actively reducing our environmental footprint, and helping to close the loop in the whole cycle of our products.

"The sun is shining on the roof all day and we need energy to create our product, so how do we do that in the most effective way, with the least impact on the environment? It was a no brainer." 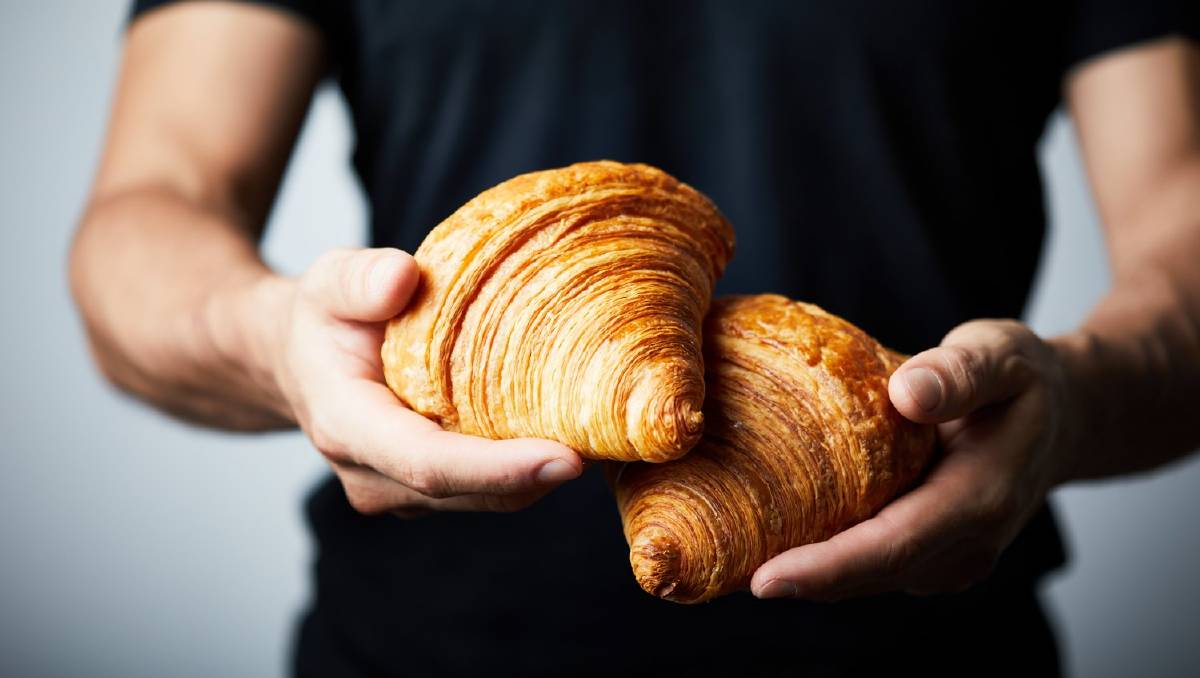 Baked with love, and the sun: Three Mills Bakery's famous croissants are now being produced with some help from solar power.

While the move to solar energy is a major investment for Three Mills, the system will pay for itself with power savings within three or four years and then continue to deliver free energy into the business for the 20-year life of the panels.

"The payback is huge for our business," said Mr Nieuwenhuys. "There is a pretty big advantage financially as well as in the knowledge that you're generating renewable power from the sun.

"Electricity is a huge part of our costs so being able to reduce that is important for the business. With the impact it can have financially as well as for the environment, every business that has the ability to put solar on their roof should have solar. It just makes sense to me."

Sean Davis, ActewAGL Group Manager Strategic Partners, said increasing numbers of businesses are investing in solar as awareness of the benefits grows and the costs of installation fall.

"It's being driven in two parts," said Mr Davis. "There is a genuine commitment in the business community around putting more sustainability into the way they operate, plus there's the financial benefit as well, the ability to significantly offset their electricity prices.

"At the same time the technology is getting better and more efficient, and the panels and the inverter prices are continually falling making it cheaper and cheaper to do; what might have been a six or seven year payback is now two or three. So businesses' appetite for it is increasing significantly."

As well, advances in technology continue to boost the effectiveness of solar panels meaning less are needed to produce the same amount of power.

"You can get significantly more power out of a panel than what you could two or three years ago," Mr Davis said. "That means for a similar-sized roof, rather than having to install an 80 kW system, you would only have to install a 60 or 70 kW system."

Three Mills isn't finished with its entry into solar energy generation with plans to continue to invest. Adding battery storage to its system and replacing its delivery vans with electric vehicles are part of their vision for the future.

While at the moment the cost of batteries and EVs are high, prices are predicted to fall quickly over the next few years. Businesses already set up with solar power generation will be first in the queue to benefit.

"When the cost of batteries comes down we will jump on that immediately," said Mr Nieuwenhuys. "Imagine that, what a future, to be able to self-generate the power that you require while the sun's producing large volumes and then store it until it's needed.

"And with EV vans we'll be first on that one as well. Again it's closing the loop. Generating your own power and having the capacity to charge your own vehicles - what a great thing."

ActewAGL is Canberra's energy expert. For over 100 years it's powered thousands of Canberra businesses to thrive. The ActewAGL team can create a bespoke solar solution that meets your exact energy needs and provide expert advice for all the ways solar can make a difference for your business. Contact ActewAGL on 1800 572 121 or visit the ActewAGL website here.