At last, Canberrans can take off direct to the beautiful Sunshine Coast and Noosa - with airlines vying for the chance to fly you there.

If this year has left you longing for warm beach days, vast open, green landscapes and the feeling of sun on your skin, then new direct air services from Canberra to the Sunshine Coast will provide just the antidote. Explore: Noosa is home to the Noosa Everglades, one of only two everglades systems in the world. Picture: Tourism Noosa

What sets the Sunshine Coast apart is its natural landscape - here is one of the few places in the world where you'll find two UNESCO-declared Biosphere Reserves sitting side by side, more than 100 kilometres of pristine beaches, pockets of sub-tropical rainforest and the Glass House Mountains that are actually remnants of volcanic activity more than 25 million years ago.

What exactly is the Sunshine Coast, we hear you ask? The actual name, Sunshine Coast, has a relatively short history of just over 50 years. Its spectacular coastline was noted 250 years ago, when Captain Cook sailed up the east coast of Australia, and was so taken by the volcanic mountain range he named them the Glass House Mountains, because their shape reminded him of glass furnaces back in his native Yorkshire.

Of course, 250 years was nothing compared to the thousands of years of history of the local Gubbi Gubbi and Jinibara people, for whom the Glass House Mountains was a special meeting place of cultural and spiritual significance for ceremonies and social activities.

For modern-day explorers, the Glass House Mountains form the Sunshine Coast's southern border and are a gateway to the serenity of the Hinterland. The mountains rise up over 500 metres above sea level, where the air is cooler, and there are lush rainforests, bountiful waterfalls and a near-perfect sub-tropical climate.

The Glass House Mountains and Hinterland are favourites with trekkers, cyclists and wellness-lovers, who have a vast range of well-established tracks to explore. The hills are also alive with art and, of course, food. Villages such as Maleny and Kenilworth are synonymous with the Australia's dairy and cheese products, just as Mooloolaba and prawns are a natural combination. 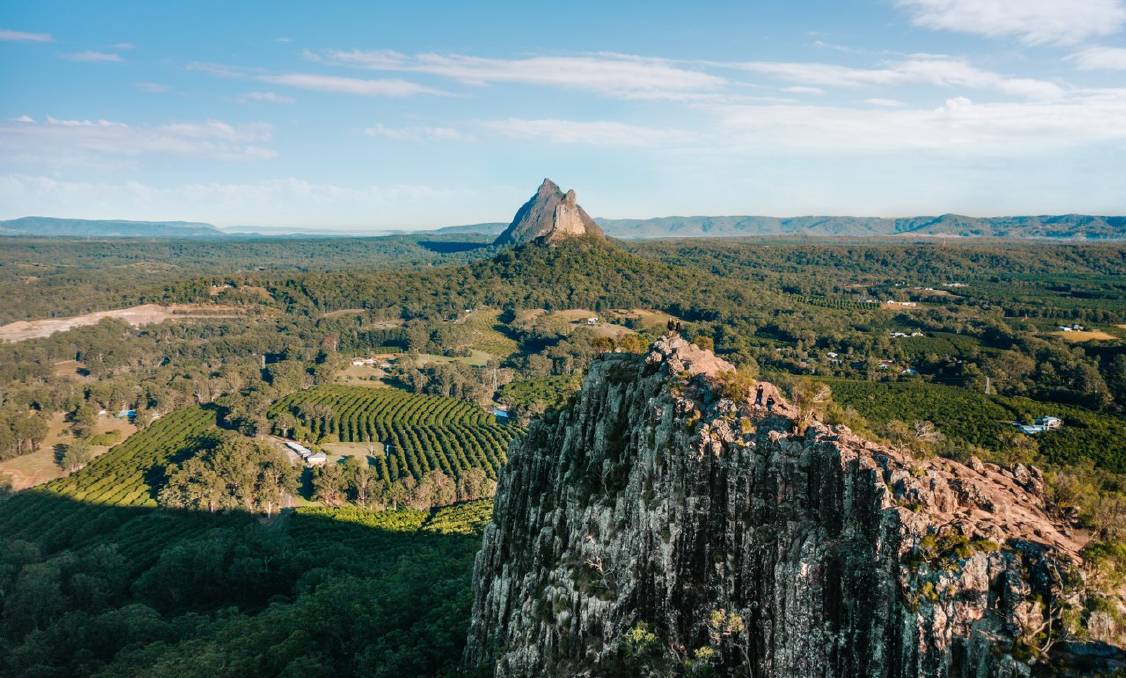 Meeting place: The Glass House Mountains form the Sunshine Coast's southern border and are a gateway to the serenity of the Hinterland. Picture: Visit Sunshine Coast

Mooloolaba is not only Australia's richest seafood port, it is also known as one of the country's most vibrant and exciting stretches of coastline and is the epicentre for water activities.

Locals and visitors embrace the region's relaxed beach vibe and it is not hard to understand why. Rimmed with wide stretches of pristine sand and crystal-clear waters; Mooloolaba Beach is a curving, north-east to north facing beach creating a sheltered bay. The beach is patrolled by surf lifesavers making it a safe and popular choice for families.

Driving north, you will find a collection of individually distinctive coastal villages such as Maroochydore, Mudjimba, Coolum, Peregian and a jewel in the crown, Noosa, a UNESCO-declared Biosphere Reserve - and yet just a 30-minute drive from the Sunshine Coast Airport at Marcoola.

Noosa Main Beach sits alongside Noosa National Park, where on any given day you will spot turtles, dolphins or even koalas high up in the trees. 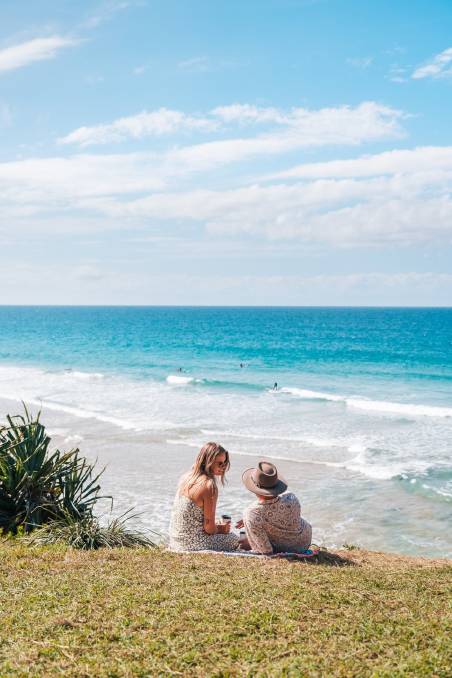 Escape: The idyllic beach at Coolum, one of the distinctive coastal villages you'll find on the Sunshine Coast. Picture: Visit Sunshine Coast

Noosa is also home to the Noosa Everglades, one of only two everglades systems in the world. Explore them by kayak with Kanu Kapers or on an eco-cruise with Everglades Eco Safaris.

For those who appreciate a touch of glamour, Noosa's iconic Hastings Street is home to a myriad of restaurants, bars and boutiques, making it one of Australia's most revered holiday destinations.

Noosa North Shore is the gateway to the Great Beach Drive, one of the longest beach drives in the world.

The journey - only accessible by four-wheel drive - takes you along the sand from Noosa through the Great Sandy Biosphere to Rainbow Beach.

To one side is the sparkling Pacific Ocean, where you can spot dolphins, turtles and humpback whales during migration season, and on the other it's all natural Australian bushland.

Rainbow Beach, as its name suggests, is known for its coloured sands which were stained over thousands of years by iron-rich minerals.

After such a challenging year, surely it must be time to "Bring Me Sunshine"!

1 Learn to surf: Learn to surf like a local with Coolum Surf School at the break pro-surfer Julian Wilson calls home. Or head to Noosa to surf in a World Surfing Reserve.

3 Travel Coast to Hinterland In a true paddock-to-plate experience, Creative Tours and Events takes you behind the scenes to meet the makers and hear their stories on their Hinterland Farm to Fork Tour, followed by a lunch of local produce. Experience the best of the thriving craft beer scene with their brewery tours. Highlighting storytelling, sightseeing, food and wine is Coast to Hinterland Tours.

6 Fun on the Noosa River The Noosa River isn't just a pretty face, there is plenty of fun to be had. Enjoy an adrenalin pumping jet boat ride, explore on a Jet ski, or paddle your SUP. Or just drop in a line and catch dinner.

Fly: There are direct flights to the Sunshine Coast from Canberra with Alliance Airlines from $169 one way, including 20 kilograms of checked baggage. *Terms and conditions apply.

This is sponsored content for Tourism Noosa and Visit Sunshine Coast.