Story in partnership with The Black Dog Institute.

While all natural disasters are tragedies, they also tend to bring out the best in us. When we see our compatriots in need, the first thing we want to do is help, in any way we can.

Whether it is volunteering for rescue efforts or donating to the recovery, Australians always come through for their fellow countryfolk.

However, when the public spotlight dies down and it's time for life to "return to normal", local communities need to be able to lean on each other.

Few know this better than the residents of the Snowy Valley Local Government Area, who were left devastated after the Black Summer Bushfires, which occurred over the new year period of 2019/20.

The fires devastated the region, with more than 405,000ha - almost 45 percent of the LGA - left smoldering. They lost 194 houses, 460 sheds and buildings, and tragically one life.

While the efforts to rebuild the area's infrastructure is on track, the COVID-19 Pandemic has made it hard for people to connect and heal.

That's why Chair of the Community Foundation Louise Halsey partnered with a number of other local support groups to implement "Fire Shed Fridays", across the LGA. The events - held once a month - see local fire captains throw open their doors to host local get togethers. 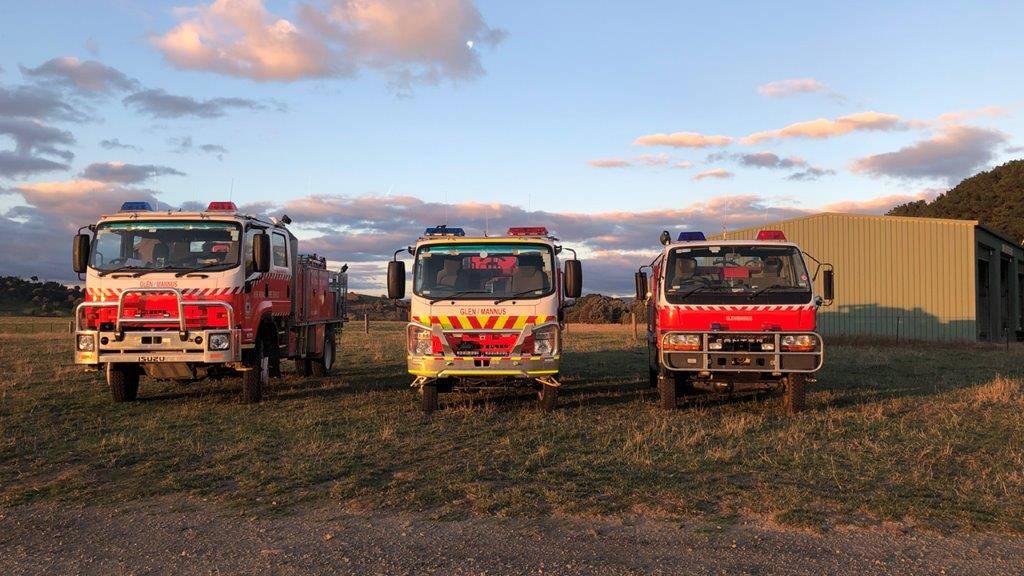 LOCAL HEROES: Trucks from the Glen/Mannus and Ournie Fire Brigades.

Louise says every member of the community was impacted by the fires, even if they weren't directly fire affected. There was a lot of fear and anxiety. People still feel the affects of that trauma.

"While the fires might not have hit Tumut, the entire town was covered in smoke," she explained.

"We have children whose fathers were fire fighters and they were hearing terrible stories... about fire fighters being killed and they didn't know if dad was coming home tonight," she went on.

"Everybody, in some way, was affected... Everybody was nervous. Everybody was worried. It was on the news... They knew people who lost their houses... They were worried about their friends up in Tumbarumba and Batlow."

Louise says the Fire Shed Friday events are important because locals have a better understanding of each other than outsiders do. They have shared experiences.

Professor Richard Bryant - Director of the Traumatic Stress Clinic - agrees with this sentiment and says it is important for people to open up to each other in the wake of tragedy.

"When communities come together to support each other and share their experiences after a disaster, they build social connectedness and resilience, which strengthens the pathway to help," he explained. 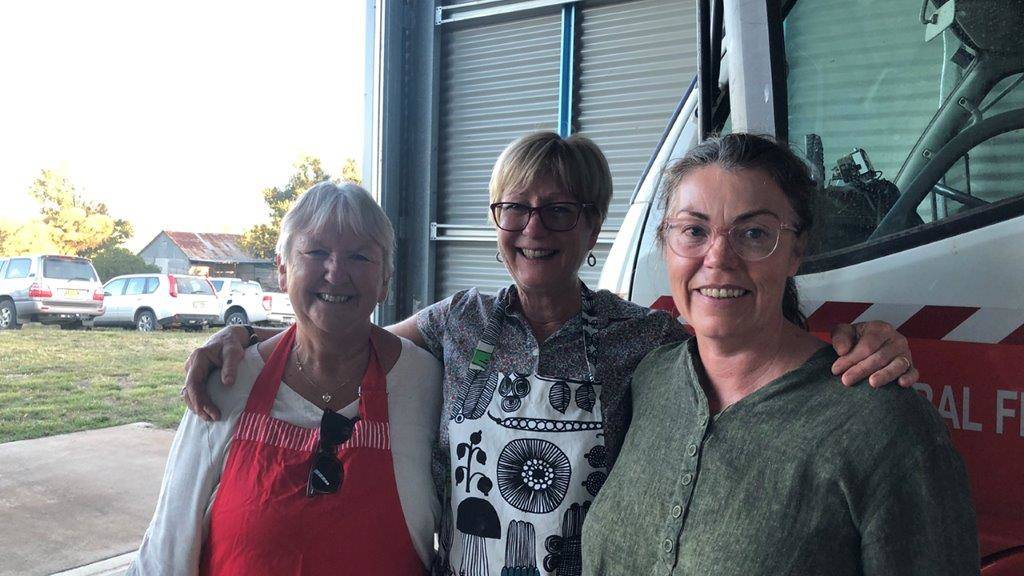 While the efforts to rebuild the region's infrastructure is still ticking along, the pandemic has made it difficult for people to connect and heal.

That's why, he says, as restrictions continue to ease, Council will have a particular focus on community events to help locals rekindle their connections and repair their mental health.

In November and December of 2020 - despite the restrictions - Council planned a series of events across the LGA. Dubbed 'Gather', they featured a everything from food trucks and live music to arts and crafts.

"The whole idea of Gather was to create a space that would appeal to the whole community, so it was quite an eclectic event," Mr Rae explained.

"The idea was to not have loud rock music where people couldn't talk to each other but we wanted to have fun stuff for the kids. We wanted them to have something for everyone."

Gather was highly successful, with capacity crowds at all four events. Mr Rae says, council has plans for more events and that mental health will continue to be a focus into the future.

They are also working with the UNSW's Resilient Towns Project, to help people build capacity, so they're prepared for fires if they occur again.

"One of the things that has really came through in all of the conversations I've had over the past few years is that sense of vulnerability that everyone felt. So, how do we prepare for that?" he said.

"We'll be going to towns across the snowy valley and working with them on what does preparedness...look like? When stuff gets real, who's going to turn the lights on in the hall? Who is going to be the point of contact for emergency services in those towns? Who is going to make those decisions on where people are going to go to seek shelter before an evacuation," he continued.

"All of those sorts of things will then lead to people not feeling as vulnerable, overwhelmed or confused when disaster does strike again." 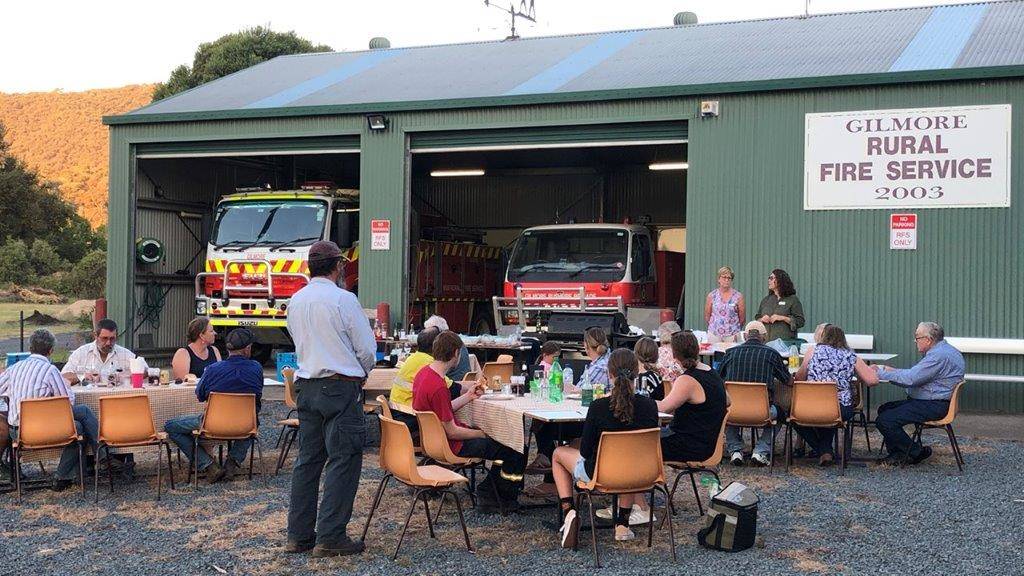 They also have a Bush Fire Support Service which has been designed especially for emergency services workers and their loved ones affected by traumatic events such as the 2019/20 bushfires. This includes mental health checks and, based on the results, they can make personalised recommendations to help them achieve the best outcomes

They also have access to a prevention smartphone app, self-directed mental health tools, and even clinical treatment at either the Black Dog Institute Depression and Anxiety Clinic or the UNSW Traumatic Stress Clinic, if required. They can also access links to other support agencies and resources.

"Natural disasters, like bushfires and floods, can have lasting impacts on people's mental health. For some, the distress will be experienced in the days immediately after a disaster, but for many, their initial focus is on survival and it is only in the months and years after an event that the true mental health toll begins to be noticed," Black Dog Institute Director, Professor Samuel Harvey said.

"Too often we see charities and good will rush to communities at the time of a disaster, but find a lack of support and services in the years that follow, which is when mental health problems such as depression and post traumatic stress disorder, can begin to emerge," he continued.

"This is why the Black Dog Institute is continuing to work with communities two years after the 2019/20 bushfires. We observed in studies following the Black Saturday Bushfires that mental health problems were still peaking two years later, so now is exactly the time we need to be providing support."